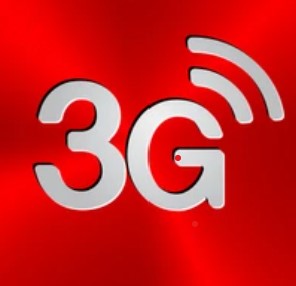 All 3G devices will lose cellular service in 2022 as service providers begin to turn off their 3G networks in the United States.

Why is this happening?
3G network technology has been around in the United States for two decades.  The first 3G network in the US was launched in 2002.  4G has been around since 2010.  In 2019, carriers started slowly rolling out 5G networks.  Now, companies focus their resources on building out newer networks, while saving money on maintaining or eliminating the older networks.

All the major cellphone carriers will shut down their older 3G networks in 2022.  Currently the shutdown schedule is as follows.  The dates below are for completing their 3G network shutdown.  Carriers may begin retiring parts of their networks sooner.  For more information and updated timeframes visit:  FCC 3G cellular networks information

If you have a third party provider such as Consumer Cellular, Cricket, Boost, Straight Talk, etc. (there are many such providers) they don’t have their own network and generally rely on one of the carriers above to provide for their connections.  In these cases the 3G service would go away based on which major carrier the secondary provider uses.  For example: Consumer Cellular uses AT&T or T-Mobile so their 3G device connectivity would end on February 22, 2022 or July 1, 2022.

What happens to 3G phones after that date?
Your phone will no longer be able to make phone calls.  Apps and websites will not work over a cellular connection.  You will not be able to dial 911.  The phone will still be able to work over an in home WiFi connection, for certain tasks, if you have set your phone up to connect to your WiFi network.

How do I know if I have a 3G device?
Carriers say they’ve been alerting customers who are on older phones that services are ending by sending a combination of texts, letters, phone calls and emails.  If you have a service plan and have not heard from your carrier, log into your account to double check.  If you’re unsure, or wondering about an old device, call your service provider to verify whether or not you have a device that will only operate on 3G cellular service and can NOT connect to 4G or 5G cellular service.

Will it affect devices other than phones?
Yes:  E-readers like the Kindle with 3G; life-alert alarms; portable Internet hotspots; kid’s wearables; alarm systems; personal alarm devices; alcohol monitoring devices and various other Internet-of-things devices (smart home devices such as a refrigerator, security system, doorbell or video system), that may rely on 3G.  Millions of vehicles on the road today have 3G modems which are expensive to replace and many electric vehicle parking lot chargers still have 3G modems.  There are also non-consumer products like systems used by the trucking industry and school bus dispatchers.  If you have any kind of home security system or medical alert devices, like the kind that can call for help if you fall, call that company to make sure it is still supported and not using 3G.